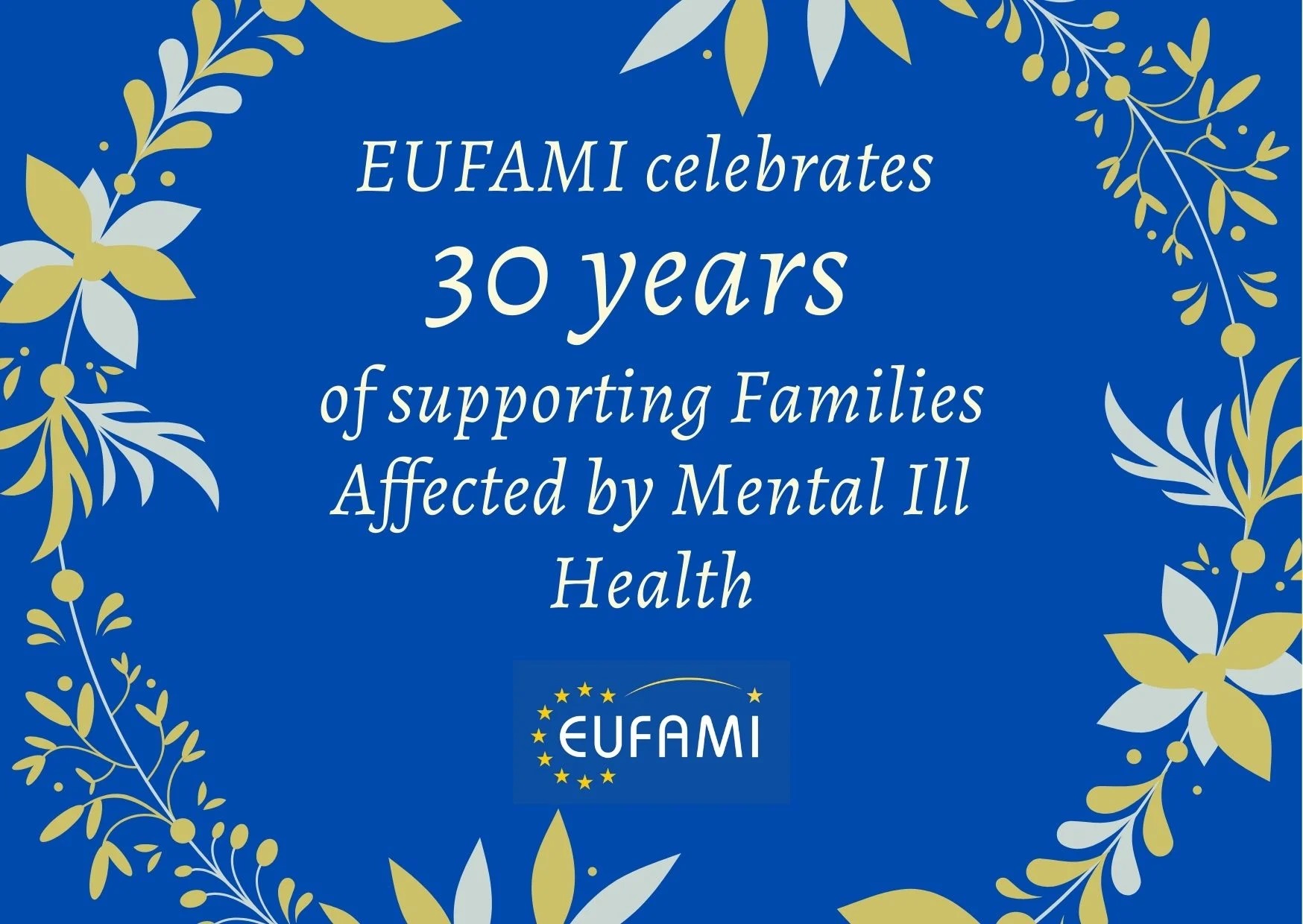 This year marks 30 years since EUFAMI was founded in 1992 with the aim of bringing together mental health and family carer associations from across Europe.

EUFAMI was founded in 1992 after a congress, which took place in 1990 in De Haan, Belgium, where carers from all over Europe shared their experiences of helplessness and frustration when living with severe mental illness. They resolved to work together to help both themselves and the people they cared for.

Gusta Frooninckx was the founder of mental health organisations EUFAMI and Similes Flanders. She had been an advocate for families with members with mental health issues since she came to the realisation 50 years ago that, at the time, there was nowhere for a young person with a mental disability to go after they had turned 18. Such was the case for her brother Hub.

She cared for her brother, who had Down Syndrome, for several years and during that time she was professionally active in youth work while she used her political contacts she had through her job to lobby for the case of the family members and their loved ones. She acted as the first president of Similes Flanders and throughout the years she worked hard to connect and collaborate with similar organisations in Europe so that the voices of those families could be strengthened in a European level.