Family Carers provide on average 43 hours per week caring for someone with a mental health problem.

To mark World Mental Health Day 2021, EUFAMI is releasing the full report on its study of the activities of carers of persons with mental health problems. The survey report was conducted in collaboration with the London School of Economics and Political Science.

Our survey of more than 700 caregivers across Europe and Canada highlights the tremendous, and too often hidden, value of caregiving. Potentially without the input of these, mainly close family, carers, undoubtedly some support would need to be provided instead by health and social care systems. In short, informal carers are fundamental to the functioning of any health and social care system.

Our report provides key findings such as:

On average informal carers provide more than 43 hours of care every week, well in excess of the average working week. Average caring times did not differ significantly for different mental health problems. 41% of all carers have to balance caring with employment.

Carers who live with the person they support have much longer ‘caring weeks’.

The estimated economic value of informal care time is substantial.

Speaking at the publication of the report, the Acting President of EUFAMI, Mr André Decraene, said:

‘We believe that this report can act as a catalyst for action. This is even more important now than when this study was commissioned. The reliance on family carers will probably have increased, while challenges faced by caregivers and the risks of isolation may well be heightened during the ongoing COVID-19 pandemic’.

‘It is critical to invest in measures to support caregivers and identify potential risk factors that might lead to a breakdown in caregiving support.  This must include payments for carers and professional advice, support and training’.

For the full report on the Value of Caring, key links on the findings and recommendations of the survey in five different languages (English, French, Spanish, Dutch and Finnish), please see here.

Contact Executive Director John Saunders via email at executive.director@eufami.org  or by phone at 00353 879271292.

EUFAMI was founded in 1992 in Belgium after a congress where carers from all over Europe shared their experiences of helplessness and frustration when living with severe mental illness. They resolved to work together to help both themselves and the people they cared for.

EUFAMI’s mission is to represent all family members of persons affected by severe mental ill health at European level so that their rights and interests are recognised and protected.

The theme for WMHD 2021 is “Mental Health in an Unequal World”. This theme was chosen by a global vote including WFMH members, stakeholders and supporters because the world is increasingly polarized due to highlighted inequalities on account of one’s race and/or ethnicity, sexual orientation, gender identity and people living with mental health issues. Such inequalities have an impact on people’s mental health – WFMH

The Share4Carers Project aimed to promote key solutions by uniting patients’ organisations, academics, clinicians and carers at national level and provide them with the ski...

We are reaching out to you as EUFAMI's partner EPF (European Patients' Forum) is currently looking for a part-time Project Finance Officer for 8 months, starting in May to ... 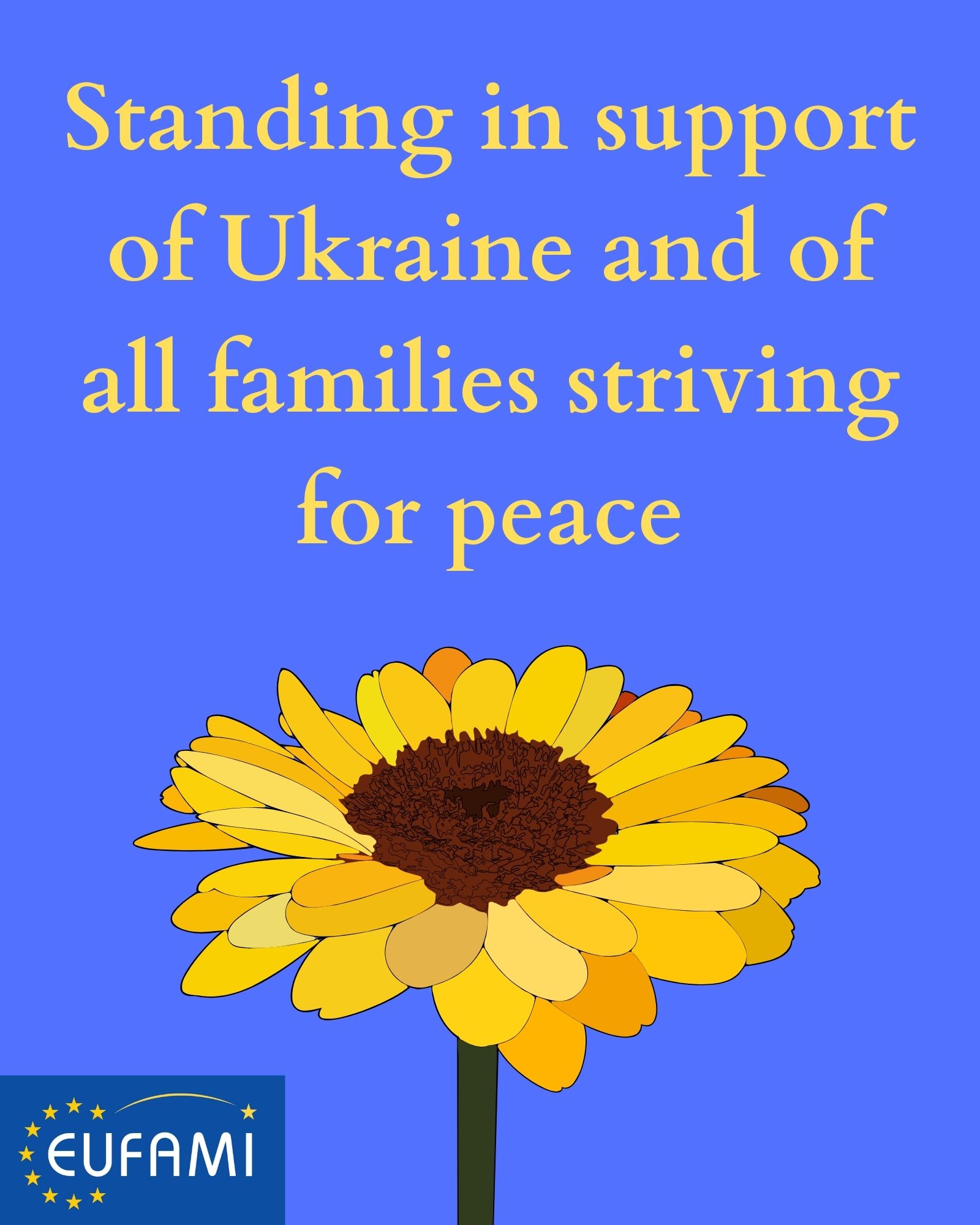 Since the Russian invasion of Ukraine commenced over a month ago, we are still trying to understand the evolving situation in the neighbouring countries. We at EUFAMI are c...