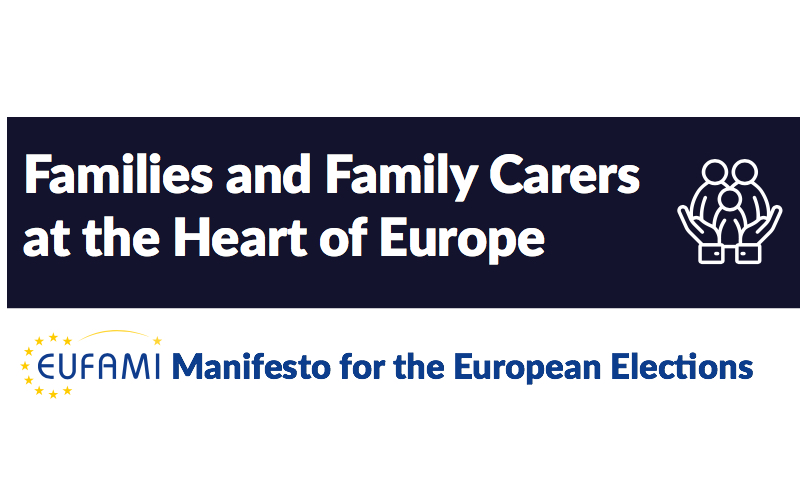 EUFAMI’s Manifesto for the European Elections

The European Parliament has a crucial role in ensuring that European families a ected by mental ill health receive the support they need to fully par cipate in their community and share in its social, economic and poli cal rights. EUFAMI has provided input to and welcomed the proposal for the Direc ve on Work-Life Balance and we call on the European Union to act in the interests of families, and in par cular those families directly a ected by severe mental ill health, to ensure that they are represented and supported at European and na onal level.

EUFAMI calls on candidate MEPs to place families at the heart of Europe by recognising the role of families and family carers and increasing the support they receive.