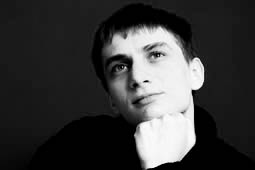 Mental health progress in central and eastern over the past quarter of a century has shifted towards a greater emphasis on the  social aspects of mental health, but those changes may only be “cosmetic”, says a recently published Lancet Psychiatry review.  The study looks at 23 central and eastern European countries  (CEE), including Russia, containing approximately 342 million people.

Progress, it states, has been patchy due to insecurity in the region, citing civil unrest in former Yugoslavia, as well as natural disasters such as the earthquake in Armenia. Successful community projects, facilities, and services do exist in the region, it says, but were mostly developed by “enthusiastic individuals” and organisations with the support of international bodies rather than national governments.  The vast majority of health care in the region, it reiterates, remains centralised and based around (poorly resourced) psychiatric hospitals.

Experts from Bulgaria, for instance, reported that the mental health system has deteriorated.

“Therapeutic farms—a form of agriculturally oriented occupational therapy attached to psychiatric hospitals that existed before 1990—were abolished completely, and the system as a whole has been affected by frequent and chaotic changes in policies and financing, which are characterised by a general lack of interest in mental health care and underfunding.”

Total resources allocated to mental health are estimated to be around 3%  in most CEE countries, far below the 7% average in EU countries that were not part of the former eastern bloc.

For all the findings please consult the original Lancet Psychiatry paper.