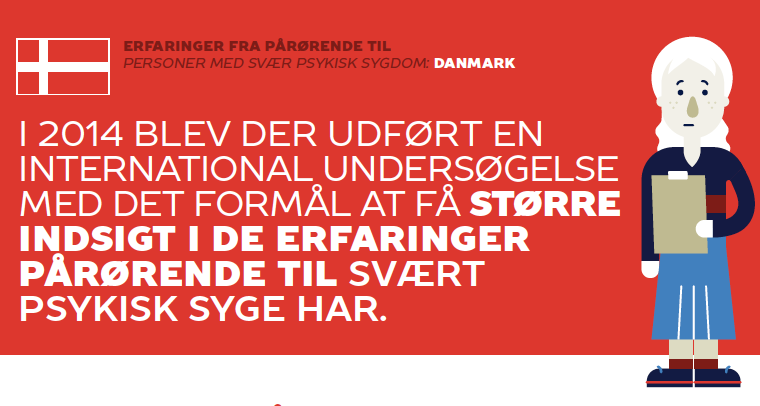 The Caring for Carers (C4C) survey which was co-produced by EUFAMI and LUCAS KU Leuven university is now available in Danish and Spanish.

The aim of the survey was to assess the experiences of family caregivers in caring for their relative with severe mental illness from an international perspective, and to highlight the central role they play. The C4C survey was undertaken in 22 countries and received over 1,000 responses, the majority (64%) of which were from those caring for people with schizophrenia/psychosis.

For more details on the findings please consult our original  Caring for Carers (C4C) report in English, and also our new Danish and Spanish versions.