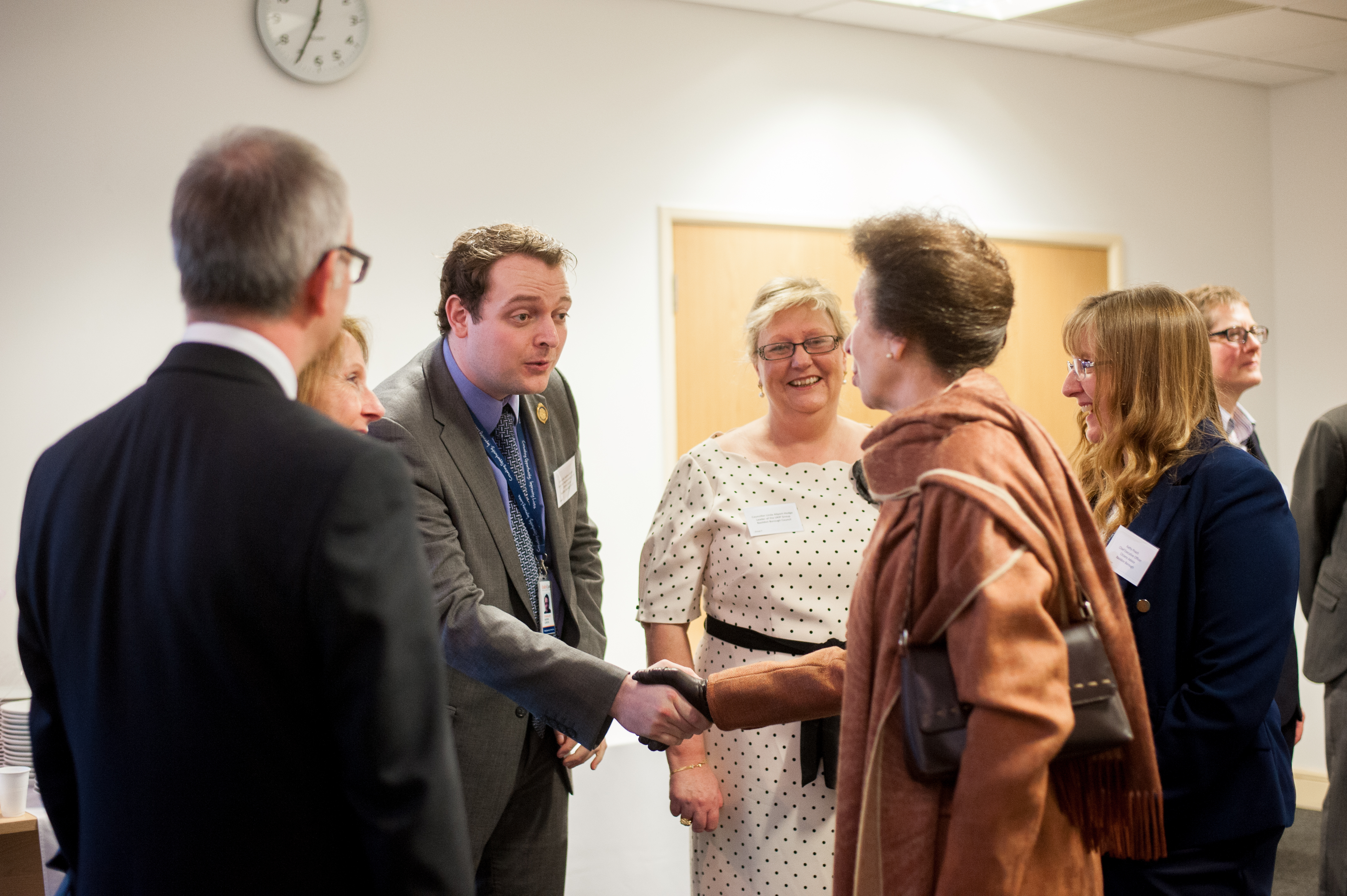 Confident, highly articulate, and hugely personable, it is hard to imagine that Andrew has been to hell and back.  Diagnosed with bipolar, anxiety disorder and schizophrenia, he has gone from virtual recluse – too afraid to go out in public – to public personality, appearing on live television. So, how is this apparent transformation possible and what lessons can he share with other people with mental ill health and their carers?

Andrew, 24, was elected as a local councillor in Basildon in the UK’s south-east, aged just 18, one of the youngest ever to represent a local ward. But his journey was far from easy.  He experienced a first episode psychosis aged 14, which he said was hugely disruptive during a period when most kids his age “are worrying about the latest movie or game”.  During this period, he says he was diagnosed with a series of conditions, including bipolar, to adjustment disorder, to several different psychoses, to anxiety, and even schizophrenia. As part of a series of traumatic symptoms, he says he started hearing voices, and would even “whip myself with a belt” and “punch myself in the head” as he grappled with a complex mix of thoughts and emotions.  He describes one evening when he got picked up by the police after experiencing auditory hallucinations.

He says he does not feel that he was taken seriously and early intervention was practically non-existent. It was only when he quit school that he feels people started to react.  Whilst his classmates were preparing their exams Andrew ended up spending the remainder of his formal education in an in-patient psychiatric unit.  He also experienced a new all-time low. 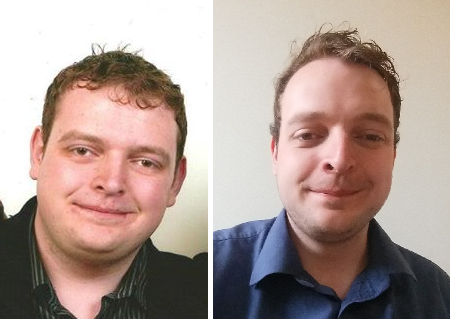 Andrew’s struggled with his weight whilst taking anti-psychotic medication

“I was pumped full of a medication, which had a lot of side effects.  I turned 20 stone, I started dribbling, I had a twitch in my right leg.  It was really difficult, heavy stuff.”

Only at this point were his needs recognised and he commends the Child and Adolescent Mental Health (CAMHS) services. He says he was treated as a complete individual with highly personal and complex needs that “can’t be boiled down to one nice, little treatment path.”  But the care didn’t last and when he turned 18, it was removed altogether and Andrew faced another serious relapse.

He eventually succeeded in building a coping strategy and embarked on a slow and often agonising road to recovery. He believes some people are simply more pre-disposed to mental ill health, but says his was worsened due to a series of aggravating factors, such as a family break-up, bullying at school and even a complicated relationship with religion.  He half-jokingly refers to his ‘catholic guilt complex’.

Andrew is highly critical of the way mental health services transition from child to adult care and says many people with mental ill health simply fall off the radar.  After a prolonged period in an in-patient psychiatric unit, Andrew spent many months recuperating at home and struggled to go out in public.  His confidence started to return after a period volunteering in the local community for a few hours a week. It was only when a friend suggested that he take up politics that he started to re-evaluate his place in society.  Initially he shrugged off the suggestion, but later reconciled with the idea and started to reinvent himself as a politician, with an emphasis on the importance of community to bring about change.

As he set out on the campaign trail aged just 18, he recalls knocking on someone’s door to lay out his proposal for a better society where working people are better represented.

“I said ‘I’m a local lad and I’m really passionate about the town.  I want to make sure that working class people are represented’.  And he looked at me and he said, ‘you’re crazy Andrew’ and I looked at him back and said, ‘that’s quite accurate.’”

Despite having been labelled as ‘the guy with mental health issues” he says colleagues and the public welcomed his openness and he felt a “duty to speak up”.

Over the past few years, he says, he has learned to manage his mental health and even argues that he has better mental health than most of his fellow politicians.

“Much like a doctor could say that if you don’t look after yourself physically, you are going to die, that’s how it is for me mentally.”

On average, people with schizophrenia have their life expectancy cut short by up to 20 years, compared to only 10 years among heavy smokers, according to analysis by Oxford University psychiatrists. High-risk behaviours are common in psychiatric patients, especially drug and alcohol abuse, and they are more likely to die by suicide.

The road to recovery

He does, however, believe in a form of recovery, or rather a kind of managed recovery, which he defines as “being as content as possible with or without symptoms”.

The first step, he says, is finding hope.  This, he explains, is perhaps the most difficult step as there is no one-size fits all solution. Through volunteering and meeting local people, Andrew says he felt he was able to reconnect to the larger community and ultimately build a sense of hope about the future, even if it was – and still is – a work in progress. 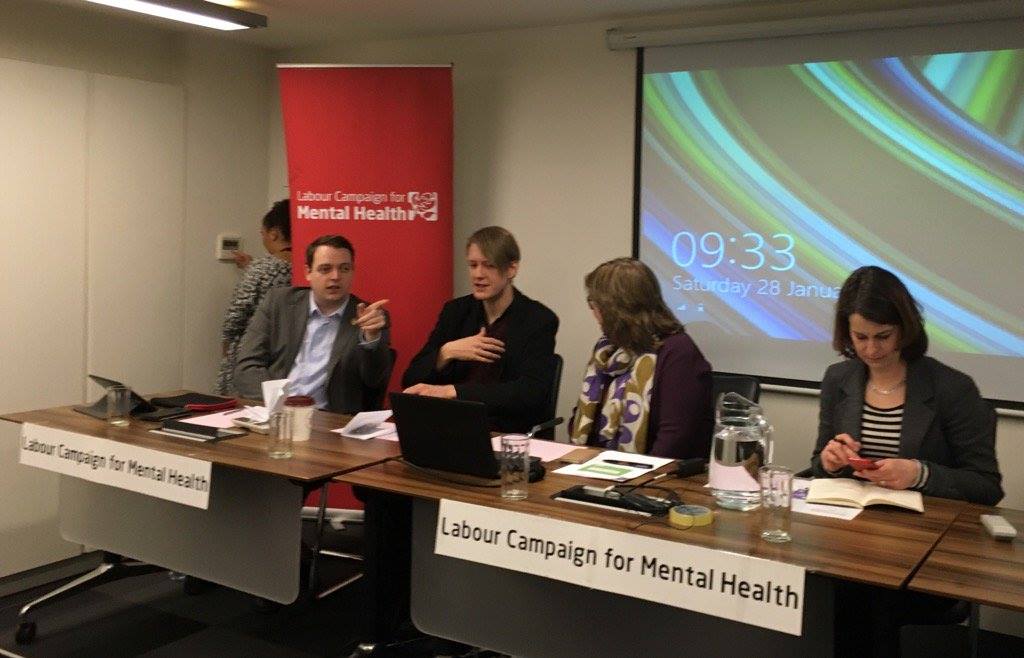 The second step, he explains, is regaining control, which is about getting the basics right; a good night sleep, 3 square meals, living in the present, and not taking on too much work. But, he says, it’s also about the freedom of being able to lose control when necessary.

“I found that when I started day-dreaming during the day, just sitting there, it allowed my mind to tick-over, to process things and take me to really interesting places.”

He says that he still tries to reserve a day every week to himself.  “We don’t give those events the time to chew over so I have some structured day-dreaming which is really important for me.”

The third step is opportunity, which he equates to being able to find your passion, “whether it’s music, art, drama, politics, gaming, building, or swimming.”  Andrew says his passion is public speaking and politics, which has served to focus his energy.

During the interview, it becomes clear that he is a gifted and passionate speaker about mental health and politics in general.

He drums home the point that being diagnosed with mental ill health should not necessarily stop you from leading the life you want to lead, whatever that may be.

The role of family

Family can be part of the solution, he says, but it is not necessarily the case.  Despite having a supportive family who, he says, never treated him as an outsider, he was reluctant to share his experiences with them. 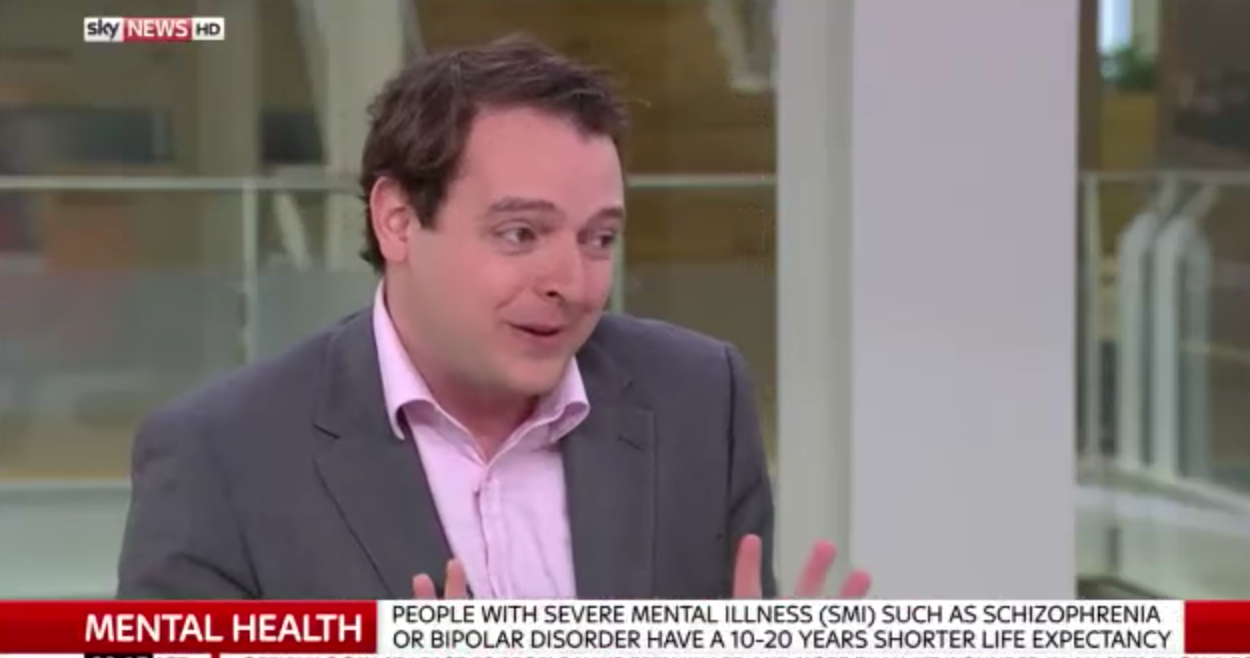 “I didn’t really involve my family a lot as I believed I was contagious.  I believed my experiences would pass on to other people. I hid away from family quite a lot, I didn’t allow them in.  That wasn’t because I didn’t like them, it was because I wanted to protect them.”

Andrew says he tried to keep extended family at arm’s length but did confide in close friends.

His key piece of advice to family members is to try to provide hope, which he believes is the first step to managing a recovery, but he warns against unrealistic expectations from family carers.

“If your son, daughter, husband or wife had a broken arm, you wouldn’t try to deal with the broken arm itself, you’d take them to hospital.”

In terms of policy recommendations, Andrew believes there needs to be a complete overhaul in the way mental health is perceived, at least in the UK.  His view is that there should be a greater focus on “mental health first aid” which is proactive, rather than  reactive, whilst raising awareness.  “We all have a mental health, he says. So we need to be having those conversations overtly.”  The focus, he says, should be on teachers and employers, who should be mandated to tackle the issue, so that people with mental ill health and their carers are not forced to suffer in silence. He also reiterates the importance of openly discussing the complexity of human experience to help young people build resilience at school.

He also makes an economic argument, focusing on prevention, which, he suggests, would drastically cut down on policing, needless court proceedings and expensive in-patient costs. He mentions a dramatic drop in productivity when employees do not take care of their mental health.

More generally, he says austerity policies are crippling local services and harming cohesion in local communities. He believes there is a direct link between the scaling back of community provision and acute stages of mental illness.

Ultimately, he says, “investing a couple of pounds in a youth club would save so much money down the line.” 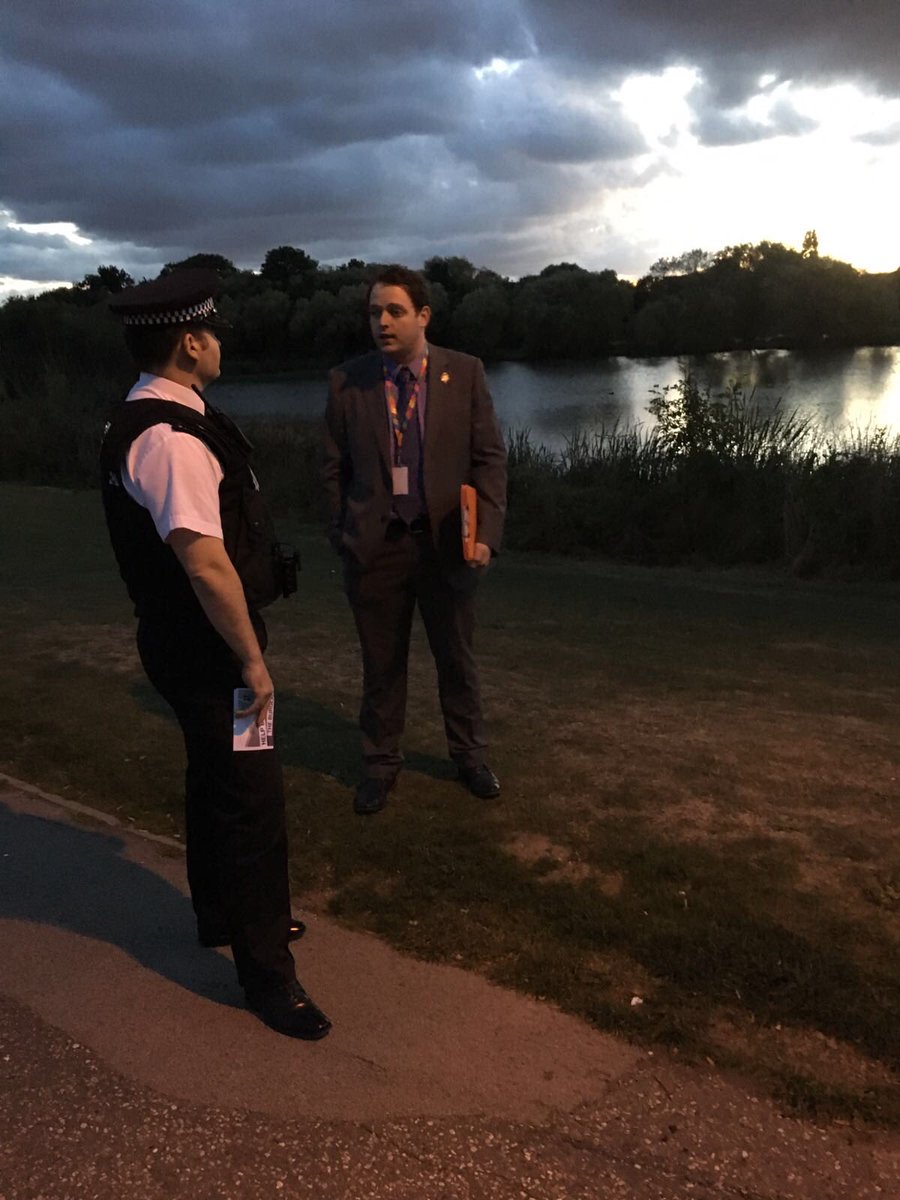 Andrew is currently dividing his time between his role in local politics and studying to be a social worker. He feels optimistic that he can manage his mental health but admits that there are likely to be difficult times ahead.

He commends the role that EUFAMI is playing in collecting and promoting best practises across Europe and recommends building a focus around issues that everyone can agree on, such as better mental health awareness in schools.

Here at EUFAMI, we certainly value the work that Andrew is doing to show that mental ill health does not have to be debilitating or stop you from leading the life you want to lead.